Inspired by March Madness, we asked our Best Ever Show Community of investors, “What was the highest level of basketball you ever played?” Come to find out, we actually have a very extensive range of experience within our group of investors. As investor David Schwan said, “We could put on a real estate investor version of the Harlem Globetrotters vs. Washington Generals.”

We’re not saying we could walk-on to Duke’s powerhouse tournament team, but we do have a few standouts who, with a time machine of course, could make up the BEST EVER Fab Five.

The Best Ever Starting Five based on experience:

Nathan Tabor – The MVP of this list, Nathan dominated Division II teams in North Carolina back in his day. Unfortunately, the shorts back then were borderline NSFW so we can’t see what that kind of dominance on the court looks like, but, fortunately, we can read about it. 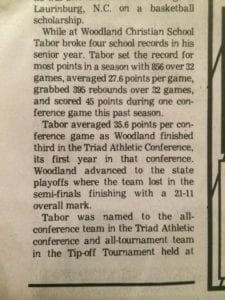 John Fortes – The only other college athlete on the list, John was a Division III basketball player in the Northeast. Today, when not focusing on his investments, John is making his way to Division 1 as a referee.

Ben Lovro – Not only was he varsity in High School, Ben’s AAU team won the State Championship three years in a row! Ben has an inspiring life story and is now a big-time real estate investor.

Theo Hicks – If you listen to the Best Ever podcast or have read any of the Best Ever books, you know how smart Theo is with real estate investments. What you might not know is that he might also be the most athletic investor in the group. Just look at those hops! Theo was an All-Conference honorable mention at his high school. 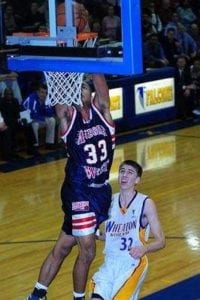 Joe Stevie – Joe is a 1,000-point scorer for his high school in Latonia, Ky, with pictures to prove it. Joe also had major ups in his day! 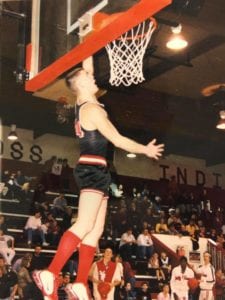 Coming off the bench:

Are you an investor with experience on the court? Tell us about your skills in the comments below or in The Best Ever Show Community.