Marine Corps veteran Wesley Yates didn’t even learn about syndication until he attended his first commercial real estate event in 2019. He started his group, VFR Capital Investments, that same year.

Wesley once misjudged a new team member’s capital-raising abilities, and it almost cost him a $1.5M deal. After that close call, he learned how crucial it is to thoroughly vet new team members before jumping into a commitment on a deal. In this episode, Wesley shares what he’s learned when it comes to putting together a winning team: 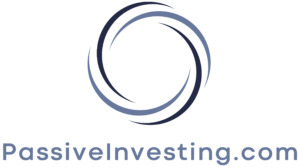