How to Net Over $1 Million a Year Wholesaling Real Estate

How to Wholesale Property to Net Over $1 Million a Year

There are a lot of people trying to wholesale property out there, but not many can say they make over $1 million a year in profit. Matt Garabedian, who has been wholesaling since 2012, eclipsed the million-dollar profit mark just last year.

In our recent conversation, he explains how he completed his first deal, as well as the most effective ways to find wholesale real estate properties, buyers, and the kind of deals you can use to replicate his million dollars a year success.

Matt didn’t become a millionaire real estate investor overnight. In fact, it took him 3 years after getting into the real estate business (as a traditional broker) to just close his first deal!

After fully immersing himself in a wholesale property mastery course, Matt sent out his first direct mailing campaign, sending out 300 letters to find wholesale real estate properties. He received his first call and the game was on.

“I remember sitting in front of [the seller’s] house – I really had no idea what I was going to offer, but I kind of forced myself to make such a ridiculously low offer that I was uncomfortable telling him,” Matt said.

“I was so excited just to get a counter, I said, ‘Okay,’ and I wrote up the deal, got it under contract, and then asked myself, ‘Boy, now what do I do with this?’ because I didn’t really have the cash buyer for that particular property type, or I didn’t know who would be interested in buying it.”

Matt was a broker, so he had access to the MLS to find wholesale real estate properties. He researched the neighborhood and found a comparable property that sold recently and was purchased with cash. He couldn’t find the buyer’s information, but he did find the phone number of the agent that sold the property.

At this point, Matt said, “I called the agent and I said, ‘Hey, I noticed that you sold a property in the area recently. I have a house right down the street. Do you think that this particular buyer would be interested in another one?’ He said, ‘What have you got?’ Knowing that I had the property under contract for much lower than what the comps were, I kind of just shot for the moon and I said, ‘Well, I could sell this property for $52,000.’”

“I remember he told me, ‘Don’t tell anybody about this property. We’ll have the money in escrow in a week.’ I [thought to myself], ‘Wow this is amazing.’ I never thought that I could get this type of deal done.” 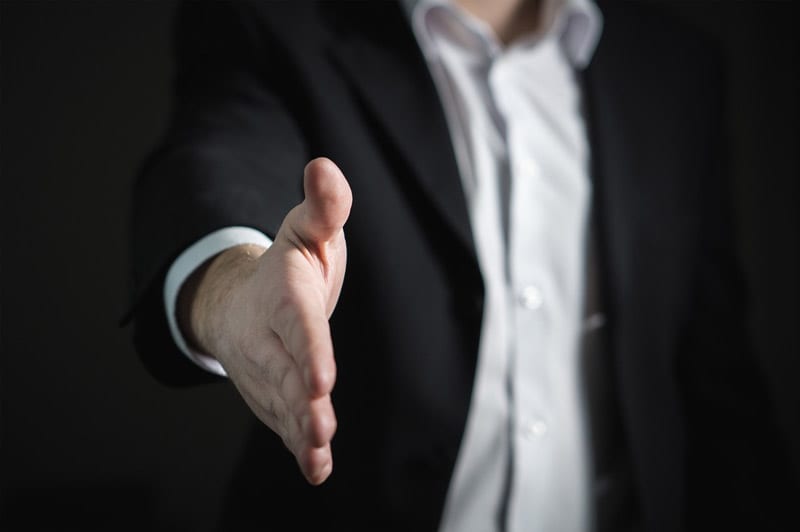 This deal was completed in late 2012 and Matt’s been grinding at the wholesale property business ever since. Again, in 2016, he made over $1 million in profit!

How to Find Buyers

Matt has found buyers for his deals following the same methodology as his first deal – calling up the agent/buyer of a comparable property in the same neighborhood that was purchased for cash and seeing if they are interested in buying more properties. However, over the years, Matt said, “I’ve been able to development some great relationships with cash buyers.”

Traditional wholesale property advice tells you to build a massive list of buyers who want to find wholesale real estate properties, which Matt did. However, he discovered that he was wholesaling the majority of his deals to a tiny portion of his buyers. “I hear a lot of people saying, ‘Go out and build your cash buyer’s list and get 500 names.’ I did that, but I think the honest truth is most of us do our deals with two or three guys. That works for me. I’ve got a huge cash buyer’s list, but I’m consistently showing my deals to two or three investors that I have.”

In fact, Matt’s largest buyer purchases around six deals from him each month. He met this buyer, who is an owner of an agricultural company, through a personal relationship. “This particular company, it’s two guys that run the company, and one of them I’ve known since I was 16 years old,” Matt said.

“He got into the real estate business a little bit before me… A few years ago, I found out that they were buying properties to buy as rentals or flips, so it was kind of an easy partnership, if you will, because we had some history and known each other.”

Matt met his second most frequent buyer by researching what he calls professional investors. “These are guys that are buying property on almost a daily or weekly basis,” Matt said. “When you start to see repetition and the same LLC or the same entity buying properties, you know that they’re in the business and they’re professional in how they build out their business.”

Once Matt finds these wholesale property professionals, he contacts them in one of two ways.

First, he meets them in-person at local auctions. “I’ve actually showed up to the auction, and I would go up and introduce myself to that particular person and say, ‘Hey, I’m a wholesaler in the area. I come across great deals. I know you’re at the auction consistently. Here’s my business card. Can we have a cup of coffee?’” 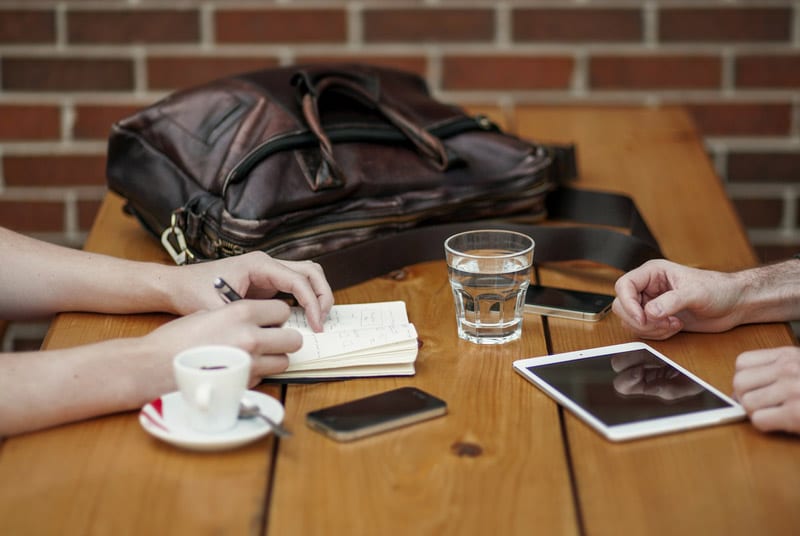 The other way Matt contacts these wholesale property professionals is through mail. “Another [way] would be just sending them a letter and introducing myself and saying, ‘Can we meet up and talk?’ I like meeting face-to-face and getting to know people, and explaining what I do [and] what kind of value I can bring to them. It’s just a natural relationship at that point because you know that they’re looking for deals and I’m looking to sell deals, so it’s not a hard relationship to establish if you’re truly bringing value to the table.”

When I asked Matt if he had no buyers, but had a deal, what would be the number one way to find a buyer, he said, “I would go straight to the auctions.”

His reasoning was, “You know that these guys are cash buyers and they’re actively looking for wholesale property because they’re standing at the courthouse steps every day fighting over a few deals that end up going to a third-party, and they’re amongst competition.” If you have a deal under contract, going directly to buyers is the best and most natural strategy!

Tactically speaking, Matt said, “You can pull courthouse auctions – for my area I use Property Radar. Property Radar will give you the actual location and time of the auction date. If you get there 20 to 30 minutes prior to the auction starting, you [can] just go up and introduce yourself and pass out cards. Or I’ll do like a one-page brochure of the potential benefit to the buyer.”

After introducing yourself, Matt explained that you should say, “I’ve got a property on 123 Main St. Here’s the ARV. I’m selling it for this. The rehab is this. Give me a call.”

It’s that simple. It’s the best strategy to get in front of a cash buyer right away without having to build a massive list of buyer’s who want to find wholesale real estate properties.

How to Approach Finding Deals

Another important aspect of the wholesale property industry, besides finding buyers, is finding deals.

Matt’s most effective lead generation technique is direct mail. And one the two most important aspects of direct mailing is tracking your key performance indicators. “Know your KPIs,” Matt said. “[It] took me a while to understand that. It’s never advisable just to throw money out the window without being able to track your response rate. You need to be able to track inbound calls, appointments, contracts, and closings.”

The most effective way to track KPIs is through the proper CRM system, which is the second important aspect of direct mail. Matt says he’s spent thousands and thousands of dollars developing his CRM. It enables him to not only track his KPIs, but to also split-test different mailing pieces to see which format is the best. “I can split-test my direct mail now and see based on what type of mail piece I’m using…For instance, if I’m using one mail piece to an absentee owner, I’ll split-test it with even the color of the letter or postcard to see what’s getting the best response rate.”

Matt said, “If you can dial in your CRM and your KPIs, which are both equally important, I think that’s going to be a huge advantage to anybody out there that is competing against other investors or wholesalers or other investors in the area, because you’re able to look at your KPIs and say, ‘Well, I’ve sent out X amount of letters to this mail type and I’ve sent X amount of letters to split-test sample B, and sample B for whatever reason is returning much more. So I’m going to focus on that and maybe look at what I could tweak on sample A to get a better response rate.”

Related: Guide to Automatically Wholesaling Over 20 Deals a Month

Best Ever Advice: Be Aggressive

All the advice and tactics in the world mean nothing unless you aggressively take intelligently directed action, which is Matt’s Best Real Estate Investing Advice Ever. “Be aggressive, but always have an exit strategy, and be okay with the worst-case scenario.”

Matt said, “If you analyze the deal and you assume that all hell was going to break loose and the numbers were going to go the opposite way of what you hope and anticipated, you’re still okay with the deal, and you have an exit strategy once you figure out how you’re going to go about your [deal].” This is an absolute must for any deal – follow your instincts, but do not move forward on anything unless you are prepared with contingency plans!

The three main ways Matt finds buyers for his wholesale property deals are:

Rather than build up a massive buyer’s list, Matt recommends finding two or three go-to buyers and focus on building a solid relationship with them.

When it comes to finding deals via direct mailing, the two main points to focus on are:

Matt’s best ever advice for someone in the wholesale property game is to be aggressive, always have an exit strategy, and be okay with the worst-case scenario. If you have more questions about how to find whole real estate properties, you can contact me for a planning session.

Was this blog on the ins and outs of wholesaling helpful? If it was, feel free to share it using the social media buttons on this page.