How Double Closing Can Help You Become a TRUE Wholesaler

Real wholesaling done right is rare, and only a few people in every market really do it. What do I mean? All wholesalers are NOT the same. Those who have learned the art of double closing are a cut above.

Sean Cole, who has been wholesaling since 2012 and has completed over 350 deals that have generated over $2.5 million in gross profit, is one of those rare wholesalers. In a recent conversation, he explained why all wholesalers are not the same, as well as what he does to differentiate himself from other investors and how you can do the same.

All Wholesalers Are NOT The Same

The question of “what does a wholesaler do” can be answered by demonstrating how those who practice double closing are different. For example, Sean believes there is a distinction between “wholesaling” and simply assigning contracts. The main difference is that the former has skin in the game, while the latter does not.

“I think that wholesalers get a bad rap because they don’t have skin in the game,” Sean speculated. “Maybe they don’t have the ability to close, but when I come to the closing table, I pay for every house.” Sean continued, saying “what we try to do is differentiate ourselves from a lot of beginners that are just figuring out the business that call themselves ‘wholesalers’ but they’re really just assigning contracts.”

Rather than assigning contracts, Sean follows the double close wholesaling strategy, which is also referred to as the simultaneous close.

How Does a Wholesaler Engage in Double Closing?

Sean explained that “[double closing] is pretty similar to what people would call wholesaling, but we are not just moving contracts around. We have skin in the game on a buying house. We have the ability to close, and we do close and buy every wholesale double close house that we resell.”

Essentially the main difference between Sean’s double close strategy and assigning contracts is that Sean actually “flips” the property, rather than just “flipping” a contract.

What Advantages Does a Wholesaler Have With the Double Close? 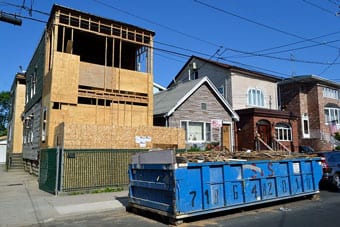 Ding ding ding!! That last point – hide the assignment fee – is HUGE. I’ve heard and read many stories about wholesalers who’ve had their fees cut at the very end because the end buyer saw how much money they were making off the deal. I’m sure the original seller was thinking, “wait a second. I’m getting a good deal but you’re getting too good of a deal. I don’t know about that!”

There is a difference between “wholesaling” and assigning contracts. According to Sean, true wholesalers are the ones who engage in double closing. The double close involves actually purchasing the property at closing and then “flipping” the property to an investor later that same day.

There are four advantages that the double close has over assigning contracts:

If you have the capital for double closing, based on these advantages, I would highly consider adopting that investment strategy! If not, another strategy would be to continue assigning contracts and save up your assignment fees until you are able to follow the double close funding strategy.

Still wondering “what does a wholesaler do”? Unsure if a double close will work for your situation? Please don’t hesitate to comment here. Then see how one successful wholesaler is earning 20k a month in profit!

Are you a newbie or a seasoned investor who wants to take their real estate deals to the next level? The 10-Week Apartment Syndication Mastery Program is for you. Joe Fairless and Trevor McGregor are ready to pull back the curtain to show you how to get into the game of apartment syndication. Click here to learn how to get started today.