When it comes to real estate investing, Matt Faircloth is definitely someone to listen to. He’s a full-time investor, and he has many successful flips and closings to his credit.

These days, Matt and his team specialize in commercial real estate investing, especially office complexes and apartments. And his company focuses solely on real estate in Kentucky and North Carolina.

Recently, Matt came across a potential deal for an apartment building in Winston-Salem, an outstanding property with a highly desirable location. However, its 336 units made it the largest complex he’d ever attempted to buy.

Completing this deal was a massive challenge for Matt’s company. But the process illustrated a few valuable lessons, and we’re proud to present them here. You can apply them to your life, your business, your active investing assets, or your passive investing activities.

In any industry, a key to long-term success is ambitious goal setting. For sure, Matt knows how to establish lofty yet achievable objectives.

Indeed, the cost of the Winston-Salem apartment purchase was $18.5 million. In the past, Matt had never completed a deal worth more than $8 million or so.

Moreover, this apartment would require $12 million in equity, far more than Matt’s company had ever raised before. In fact, most of its deals required equity in the $2 to $3 million range.

Nevertheless, Matt believed that he and his team members were up for this challenge. They had the tenacity, the savvy, and the drive, and the deal was just too tempting to pass up.

Matt’s first solution was to obtain funding from Freddie Mac. That lending company provided him with a floating rate mortgage, which meant the loan amounted to less than the total value of the deal. Even so, Matt was able to close the deal with $8 million on hand.

By this point, Matt still hadn’t figured out how to raise the remaining $4 million. Therefore, closing the deal meant taking a leap of faith. It’s something Matt recommends entrepreneurs and investors do from time to time.

Naturally, you never want to take foolish risks. But it can be healthy to start a project while not knowing exactly how you’ll pull it off.

Do you truly believe in a certain project? Are you sure that you have the right team in place? If so, you and your employees should rise to the challenge. In doing so, you’ll discover options and opportunities you never knew existed. Growth is the inevitable result.

To raise that $4 million, Matt began with a tried-and-true method. He called and emailed the investors he’d collaborated with in the past — he describes them as his “hot leads” — and he let them know about a webinar he was hosting the following week. About 300 people registered for it. That webinar allowed him to explain the apartment deal in detail.

Matt had hosted many such webinars before. And, as he does with each of them, he sent all the attendees a video recording of the program afterwards. Then he called everyone who participated to follow up.

This technique typically yields $2 or $3 million for a project. That’s just what happened in this case. Thus, Matt still needed to raise about $6 million.

His next action was to simply repeat the webinar technique, contacting his leads to tell them about a second webinar on this investment opportunity. However, this second attempt was considerably less successful. Only about 50 people took part. Yes, this event did raise a small amount of money. But, to cross the finish line, Matt knew he needed fresh approaches.

Matt decided to change things up for a third webinar. For one thing, he promoted it as a COVID-themed presentation. It would focus on how this deal could protect investors during crises like pandemics and recessions. In addition, this webinar would be much shorter, easier to fit into a busy schedule.

Furthermore, ahead of this event, Matt and his team emailed people much more often: every other day, in fact. Of course, by doing so, they were taking a risk. It was possible that a significant number of people would unsubscribe from their email list.

However, in the end, only about 4 percent of the company’s subscribers chose to unsubscribe. That number was relatively low, especially considering that the average rate of attrition for an email list is 1 to 2 percent. It helped that Matt segmented his emails. For instance, out of respect, he didn’t email people who’d told him they had no interest in this project. Similarly, he didn’t send emails asking for investments to those who’d already invested.

At the same time, more emails meant a greater awareness of the upcoming webinar. And Matt made sure that these emails were valuable in themselves. That is, they included information on topics like tax savings, commercial real estate investing security, and the Winston-Salem market in general.

On top of all that, some of Matt’s employees recorded brief videos to explain how much this apartment deal meant to them personally.

This bold new approach paid off in a big way. It’s true that Matt’s third webinar only garnered 100 registrants. But many of his investors, including some who didn’t take part in the third webinar, decided to increase their investments. For instance, one person doubled his backing from $100,000 to $200,000.

People chipped in more money because they were impressed by the company’s new strategy. The informative emails and the COVID-focused webinar convinced them that Matt and his team really knew what they were doing, that they were ready to protect those investments and face modern-day challenges.

Finally, it’s only natural to feel a little afraid from time to time. New ventures, new goals, and new financial risks can shake the confidence of investors and businesspeople. But Matt says he’s learned to welcome fear. That’s because fear is a sign that he’s outside his comfort zone.

Therefore, by emulating Matt Faircloth, we can overcome our fears. We can embrace forceful goal setting. We can formulate brave and smart plans of action. And we can start taking the steps that will let us achieve our fondest active investing or passive investing desires.

how to pivot to non-residential cre in a recession 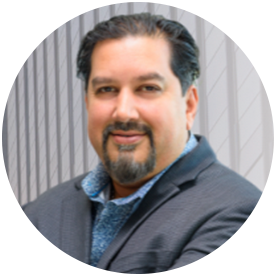