3 Habits to AVOID When Building Wealth

The wealthiest people in the world don’t build their empire by luck – they do it by working consistently and efficiently.

Instead, many people struggle when it comes to understanding which habits to avoid on their path to building wealth. Small bad habits add up to larger issues, which inevitably hurts your chance of building and keeping wealth.

Knowing which bad habits to cut out and avoid is utterly important when building wealth.

These are the top 3 habits to avoid when building wealth.

Reading Only for Fun

It’s important for everyone to have hobbies and reading tends to be a popular one. However, the issue comes when people stop reading to learn and only read for fun.

When building wealth, knowledge is critical. Many wealthy people indulge in books that help them further learn their craft from those who did it before them.

Sure, you can still read for fun – but don’t let that be the only kind of reading you do. Tom Corley researched the habits of highly successful millionaires and found that 92% of people with few assets did not read to learn.

This is also known as reading with intention. The intention is to grow your skillset and mindset in the areas you are focusing on to build wealth.

If one of these areas you’re trying to build wealth is in real estate such as apartment deals, a great book is Best Ever Apartment Syndication Book. It’s packed with real estate tips to help serious real estate investors that want to take their investing to the next level.

If you’re looking to build wealth in other areas, make the investment into a few books. They will help you in the long-run with whatever your wealth-building goals are.

Tip: Another great source of self-education is through podcasts. Find one like the Best Ever Show by Joe Fairless that focuses on tips and education in your desired learning area.

Relationships come in multiple forms – some are friendships, some are intimate, and others are professional.

When it comes to building wealth, each type of relationship matters. In fact, the law of averages tells us that we are the average of the five people we spend most of our time with. These five or so people are undoubtedly important in every facet of life – including building wealth.

Ensuring that relationships with the people closest to you is supportive is critical to ensuring success.

Avoiding the wrong ones is even more important.

Generally, those who don’t have the mindset to move forward in life will hold you back. Whether this means a significant other, a friend, or perhaps even a colleague, each relationship should support your goals and have like-minded efforts.

If the friends you are close with are not as forward minded as yourself, it is more than likely you will join them in your thinking and work ethic. Easier said than done, cutting ties with those who you know in some capacity are holding you back will help your growth financially.

If you’re not ready to cut ties, be prepared to spend a lot less time with those who you feel hold you back from your goals in some way. Avoiding the wrong relationships will help you tremendously in your wealth-building efforts.

Becoming financially comfortable is one of the most dangerous habits when it comes to expanding wealth. Often times, people find themselves content at a certain income level – usually one’s that are above their current level of income.

This habit will almost immediately bring your wealth-building efforts to a halt. Instead of actively pursuing new deals and new streams of revenue, a single “good” stream of revenue feels reliable enough.

Nonetheless, the fact still stands that being content with one reliable stream of income isn’t enough to generate wealth. Corley found that 65 percent of all self-made millionaires had at least three streams of income.

If you ever get to the point where you begin to feel comfortable, this is the perfect time to expand. Whether that means expanding upon a current stream of income or building a completely new one, it’s another area to grow.

By avoiding financial comfort, you’ll have a much better chance at building your wealth.

Remember – study what other successful people do.

Avoiding these three habits are ones that will drastically help you build wealth, but it doesn’t paint the whole picture. Be sure to find out what the successful people are doing as well.

This will ultimately give you a blueprint for habits you should be practicing yourself.

What Is Cap Rate Compression?

Should You Go from LP to GP? 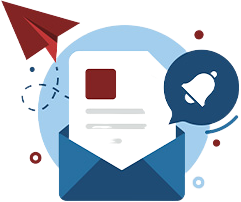